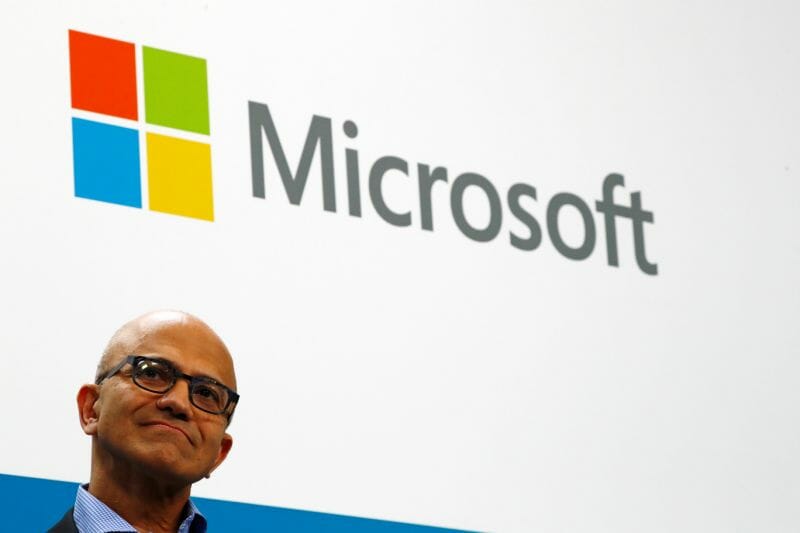 It’s quarterly earnings time for Microsoft and Amazon. That means it’s also time for the media to continue telling you that although Microsoft’s cloud revenue is 25% larger than Amazon’s, Amazon is somehow the “runaway” leader in the cloud.

First, some facts. And then we’ll explore the fantasies around this utterly bizarre infatuation that most in the media, along with many “expert” analysts, continue to have with Amazon’s AWS cloud unit.

Guess: I’m projecting that for the 3 months ended March 31, 2020, both companies’ cloud businesses will show some very solid growth but also a significant impact from COVID-19 with lower-than-normal growth rates. I’m guessing that Microsoft’s cloud revenue for that 3-month period (which is Microsoft’s fiscal Q3) will be $12.7 billion, up 32%. And I’m guessing that Amazon’s cloud revenue for that period will be $9.93 billion, up 29%.

Those projections reflect that Microsoft’s cloud revenue would be 27.9% higher than Amazon’s for the first quarter—but again, that’s a purely hypothetical projection. We will get to see what the actual calendar-Q1 numbers are when Microsoft releases its earnings on April 29 and Amazon discloses financial results on April 30. Plus, Google Cloud’s numbers will be out when Alphabet discloses on April 28.

Fantasy: In spite of all of those publicly available and unambiguous numbers, the media will still proclaim—for reasons only they can fathom—Amazon as the runaway leader in the cloud. Here’s a Wall Street Journal headline from Jan. 4 of this year: Amazon Has Long Ruled the Cloud. Now It Must Fend Off Rivals.

Fantasy: While at least offering some qualifications about which company might be #1, ZDnet went with the conventional myth in early February: Top cloud providers in 2020: AWS, Microsoft Azure, and Google Cloud, hybrid, SaaS players.

Fantasy-busting: There’s no question that Amazon’s AWS is the category king in public-cloud IaaS. It did more than any other tech vendor in the early days to put cloud computing on the map. AWS continues to do a superb job in all facets of is business. It deserves great praise for all it has accomplished in the past and continues to achieve in the present. By all indications, it continues to be the unquestioned big dog in IaaS.

But the cloud is much more than IaaS, and to discount the revenue contributions from PaaS and SaaS as not being “real cloud” is silly, arbitrary, short-sighted and simply inaccurate.

However, some research firms—notably Synergy—have done a great job of pumping out snazzy quarterly IaaS market-share-leader reports. And the media jumps on those like a hungry dog on a pound of ground beef. But in their feeding frenzy, they conflate “IaaS” with the cloud overall, and erroneously project AWS to be the king of the overall cloud.

And that just ain’t so.

In many ways, I couldn’t possibly care less what the media do or say about any subject. But in this specific case of which company is currently ruling the cloud, I choose to take this contrarian stand because the general public has a right to know what is really and truly going on in the cloud and who the current leader is. Those businesses are staking many hundreds of billions of dollars on the cloud market. They deserve to be getting the unvarnished truth.

And the truth is that Amazon/AWS, for all of its enormous capabilities and achievements and performance, is not #1 in the cloud. It is #2.

ROAD to Cloud Wars Expo: Are You Ready to Unleash the Power of Data?