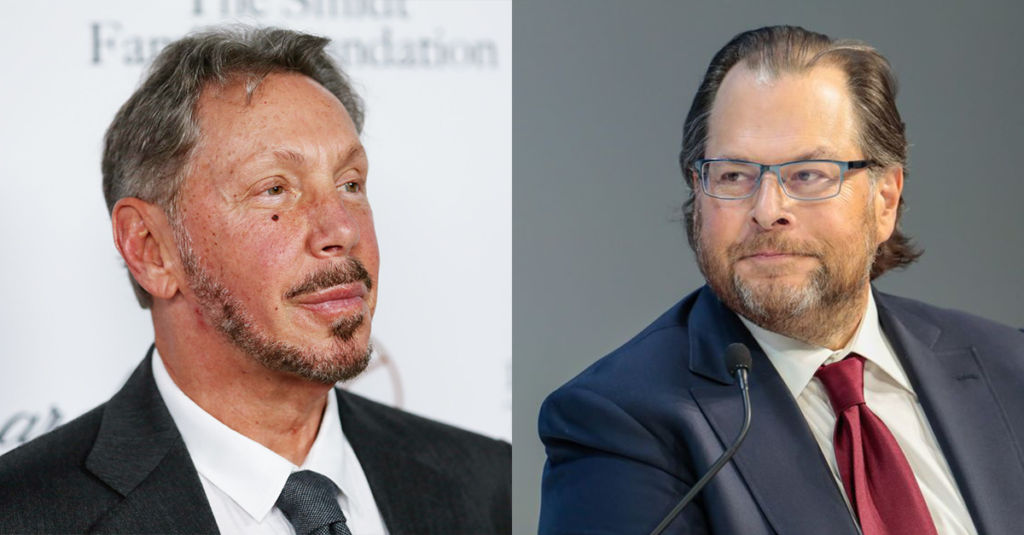 Over the past decade, Larry Ellison and Oracle have mounted several “we’re gonna whip Salesforce in CRM” initiatives, and to date the results have been so flimsy that Oracle rarely if ever mentions its Fusion CX revenue-growth figures on earnings calls.

But Ellison is not one to be daunted by the vicissitudes of a mere decade’s worth of unsuccessful assaults because (a) the opportunity in the CRM/CX space is so large and (b) no matter how many times Ellison refers to Salesforce founder and CEO Marc Benioff as “my good friend,” Benioff’s runaway leadership over Oracle in that category no doubt grinds gallingly on Ellison’s ultra-competitive psyche.

So, in close concert with two Oracle executive VPs—Advertising and CX leader Rob Tarkoff and CMO Ariel Kelman—Ellison has launched his latest initiative to cut into the overwhelmingly dominant CRM/CX market share Salesforce holds over not just Oracle but also SAP and Microsoft and Adobe.

Tarkoff positions Salesforce as being limited by its approach of compiling a suite of Sales and Marketing applications via acquisition, while Oracle will eventually will gain the upper hand because it has built a closed-loop set of fully automated Marketing applications released earlier this week that will be fused with a set of fully automated Sales capabilities that will be released before the end of the year.

In a Zoom video conversation, Ellison and Tarkoff described how their new Fusion Marketing solutions fully automate the contiguous processes of lead generation and lead qualification. No one else, they claim—and certainly not Salesforce—can do that, with the result being a lot of manual labor or workarounds.

Oracle’s new system, they say, fully integrates those processes and will, when the sales-automation offering makes its debut in a few months, interconnect seamlessly to give customers an automated, end-to-end and purpose-built system that extends all the way from compiling a list of leads to the sending of a proposal plus configuration and price quote.

Asked by Tarkoff in the video interview to describe “the state of CRM today and why it’s failed to live up to its promise,” Ellison offered this perspective.

“The most obvious thing is that sales automation—pioneered by Seibel and now the #1 player is Salesforce.com, and their #1 product is sales automation, but it doesn’t automate selling! Their sales-automation system has value: it keeps track of your opportunities, it keeps track of your contacts and it allows you to communicate with management and say, ‘I expect these deals to close in the quarter,’ ” Ellison said.

“It’s really a management tool for individual salespeople and their bosses to make guesses as to how many deals will close in the quarter and figure out what revenue’s gonna look like. Now, that has value, but the sales system does not increase sales; it doesn’t automate sales. It automates sales-forecasting and it improves communication. But what we wanna do is build systems that actually help you sell more. It’s really that simple.”

But before jumping into that breach, Ellison said, Oracle needed to build a marketing-automation foundation that would generate and optimize the raw materials that sales teams need: leads.

“We realized we couldn’t just do a second-generation sales-automation system to help you sell more—we had to also include the precursor to selling, which is marketing, to generate and most importantly qualify leads,” Ellison said.

“Creating leads is easy; you can get lots and lots of lots and leads. The question is being able to figure out which of those leads is high quality—which of leads do you want to turn over to salespeople and then get them engaged. So we felt we had a 2-step process: we had to automate lead-generation and qualification, a new second-generation marketing system, and then as soon as we got that done, build a second-generation sales-automation system that would make the salespeople more productive and help them sell more.”

And unlike any current marketing systems, Ellison said, Fusion Marketing will also include advertising as a fully automated capability.

“We wanted to have advertising and direct mail in the same system—that doesn’t exist! Those are separate systems. And the ad system often has nothing to do with—it’s almost a separate thing, a separate team of people off to the side working on advertising. But we look at advertising as one of the tools where you try to engage people.”

Asked by Tarkoff about what’s next, Ellison contrasted the “Slack-first” philosophy now embraced by his good buddy Benioff with Oracle’s decision to bet massively on its partnership with Zoom. Ellison emphasized how extensively and intimately Zoom will be integrated into Oracle’s sales-automation system, which I’m assuming will be called Fusion Sales.

“I know my good friend Marc Benioff talks about ‘Slack-first’—and by the way, we use Slack—we think Slack is really good at some things—but in terms of sales  engagement and opening the opportunity for the salesperson, we think it’s kinda Zoom-first. I mean, here we are—I guess we could have chosen to do this announcement on Slack, but for some reason we chose not to—it’s a great tool, but it’s not the perfect tool for everything,” Ellison said.

“For person-to-person sales engagement and customer engagement, for a reference call, for a demo, Zoom is much better than Slack. We love Slack, we use Slack, but in selling, we’re gonna use a lot of Zoom. We’ve got a very close relationship with Zoom, a lot of Zoom runs in our cloud, and our relationship with them is getting stronger and broader and deeper all at the same time.

“So with our sales automation, you’ll see that a lot of the events—the reference events, the demos—a lot of things are scheduled and executed in Zoom conferences… All of that stuff will be, if you will, choreographed by the system.” And that, Ellison said, is what lies at the heart of his next assault on Salesforce: “What I’m most excited about in the front office is the other shoe: Gen2 selling.”

Disclosure: at the time of this writing, Oracle was among the many clients of Cloud Wars Media and/or Evans Strategic Communications LLC.