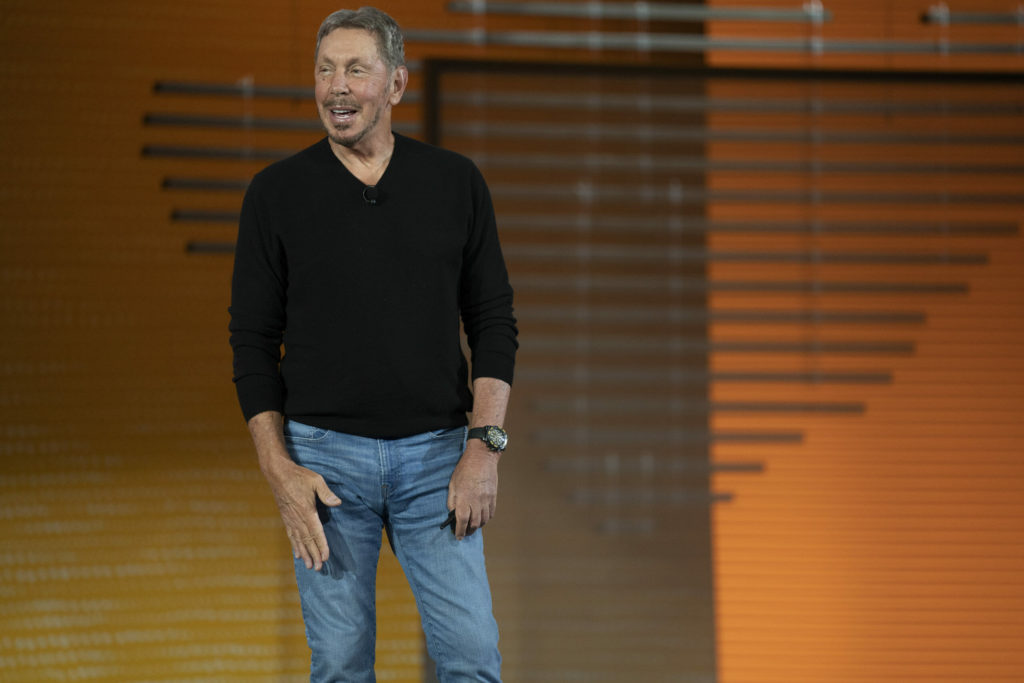 Larry Ellison says Oracle will displace longtime #1 Workday in cloud HCM on the strength of Oracle’s higher HCM growth rates, higher customer-sat rankings from analysts and its conversion of Goldman Sachs as a major HCM customer.

Citing another trend as Oracle’s friend, Ellison said that more and more customers who are buying cloud ERP are bundling in cloud HCM as well. And since Oracle is has a huge and fast-growing cloud ERP business, that pull-along effect will push Oracle into the #1 spot, the Oracle founder believes.

“Workday has a cloud ERP system, but most of their success has come in HCM. And more and more customers these days are purchasing HCM as a part of an overall ERP decision,” Ellison said in Oracle’s fiscal-Q4 earnings call this week.

As a result of that dynamic, Ellison said, “We’ve seen our HCM Fusion growth rates surpass Workday’s HCM growth rates. We are already by far the biggest cloud ERP player and it looks like we’re going to be able to leverage our advantage in ERP and our scale in ERP to also become the biggest cloud HCM player.”

“Our customer-sat rating is 5.0. Workday is… far behind us.”

On a couple of occasions during the earnings call, Ellison and CEO Safra Catz pointedly referred to the optimal rankings that Oracle’s Fusion SaaS apps have been earning from industry analysts.

In particular, Ellison called out the much-higher scores for customer satisfaction per industry-analyst reports covering cloud HCM vendors. If the numbers Ellison cited are accurate, they would be a powerful tool for Oracle to use in its intense competition with Workday and SAP for HCM marketshare.

“It’s interesting to note that both Gartner and Forrester Research rate Oracle HCM much higher than Workday,” Ellison said on the call. “Don’t believe me, go look at the reports—they’re online. [No doubt they are, but  subscriptions are required.] And  where we really distinguished ourselves in addition to capabilities and also other things was in customer satisfaction.

“Look at the Gartner report, look at the Forrester report,” Ellison urged. “Our customer-sat rating is 5.0, right at the top. Workday is right in the middle with 3.0, far behind us.”

I couldn’t locate any material showing that, but a May 2020 press release from Oracle did include this graphic from Forrester: 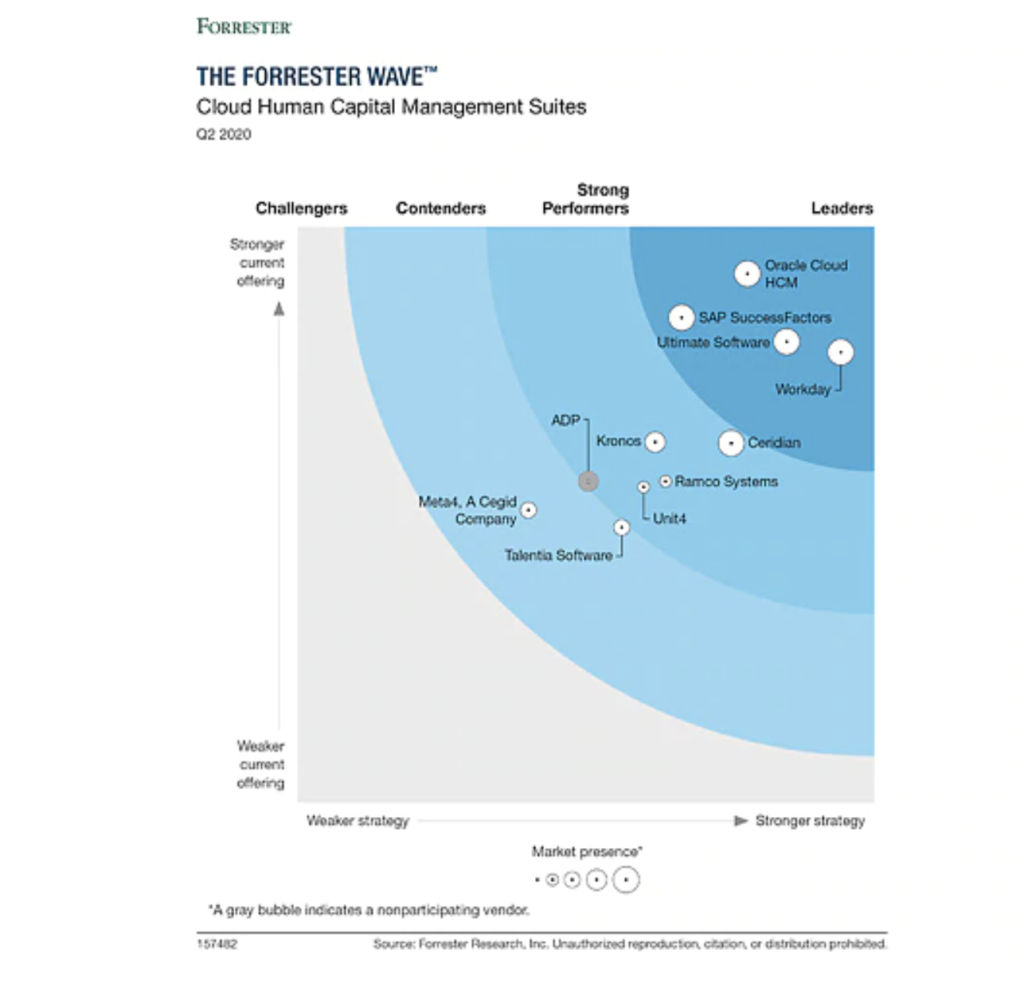 Ellison also made sure to highlight what he called a failed Workday HCM implementation at Goldman Sachs, which then replaced Workday with Oracle Fusion HCM.

As he began to list big HCM customer wins in the quarter ended May 31, Ellison said, “Maybe the most interesting one is Goldman Sachs. Goldman Sachs initially purchased Workday HCM, but their implementation was not successful. Thereafter, Goldman Sachs acquired Oracle Cloud HCM and they went live a little over a month ago.”

Another huge-company HCM win for Oracle was JPMorgan Chase, which Ellison cited as among those that went live during the COVID pandemic.

“JPMorgan Chase in this past quarter went live in 100 countries with over 256,000 employees on Oracle Cloud HCM and Recruiting,” Ellison said, noting that the financial-services giant has moved more than 2 million recruiting candidates into the Recruiting module.

Mount Sinai Hospital and the Icahn School of Medicine, which went live during the pandemic “to support more than 26,000 front line employees with more-modern accessible tools that they could use at home.”

“These silos of disconnected data result in a loss of visibility of their most valuable resource: their enterprise workforce.”

Disclosure: at the time of this writing, Oracle and Workday were both clients of Cloud Wars Media LLC and/or Evans Strategic Communications LLC.