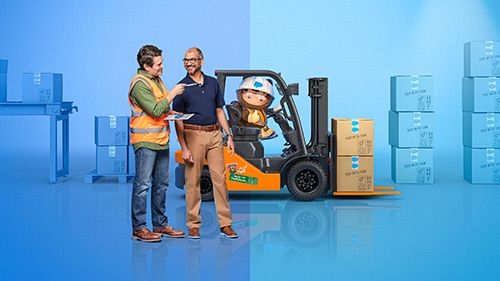 The intensifying competition between SAP and Salesforce for world leadership in enterprise SaaS ratcheted up a few notches last week as Salesforce promised to link sales and ERP data in its brand-new Manufacturing Cloud.

The announcement from Salesforce is the latest in a series of moves and countermoves by two of the world’s largest and most-influential software companies. SAP is attempting to parlay its traditional strength into cloud leadership, while Salesforce is looking to expand beyond its huge but limited CRM category.

While SAP is still far and away the #1 enterprise-software player among global manufacturing companies, the vast majority of its installations are traditional on-premises systems. So Salesforce is clearly planning to leverage its position as the world’s #1 enterprise-SaaS company as a force-multiplier to woo big manufacturers around the world.

Is SAP Vulnerable to a Salesforce Invasion?

At this point, it’s hard to imagine that any company could disrupt the decades-long relationships and interdependencies SAP has established with large industrial companies across the globe.

On the other hand, the enterprise-tech business is crammed full of “that could never happen” stories. Relentless innovation and an intense focus on customers has repeatedly toppled long-standing hierarchies.

In this battle, though, my money’s on SAP. It is not the big and unresponsive behemoth that Salesforce attempts to portray it as. And the best evidence of that is the manner in which SAP has aggressively bulled its way into Salesforce’s turf over the past 18 months.

Here’s a chronology and some perspective on why this latest offensive in the SAP-Salesforce confrontation is so intriguing.

Eighteen months ago, CEO Bill McDermott used a meeting with financial analysts to announce SAP’s intentions to revolutionize the CRM market. The strategy was to infuse SAP’s powerful ERP data and insights into a revamped CRM suite. Now called C/4HANA, that business under president Alex Atzberger has been growing in triple digits as it is able to offer businesses more-complete and more-valuable perspectives on what their customers have done, are doing, and are likely to do in the future.

At that analyst meeting, McDermott bullishly stated “We want CRM!” And, in a specific swipe at Salesforce, he claimed that business customers would no longer settle for traditional CRM solutions.

March 8, 2019: I Have Seen the Future of Enterprise Software, and It Is SAP Qualtrics.

Pushing further into the world of consumers and buyers to complement its traditional focus on corporate data, SAP paid $8 billion for Qualtrics and its Experience Management expertise. McDermott described how this pairing will give SAP an unbeatable combo of operational data from SAP and experience data from Qualtrics. With both, businesses could achieve the long-elusive goal of unifying supply chains and demand chains to better serve both firms and consumers.

My point in rolling out that rather breathless headline was to underscore the fact that SAP’s move in buying Qualtrics would forever change the dynamics of the enterprise-software business. It would force competitors to find ways to uncover deeper insights into consumer behavior, desires and expectations. For a perfect example of the value that can unlock, please check out Under Armour Targets Mass Personalization at Scale via SAP and Qualtrics.

March 12, 2019: The SAP Qualtrics Effect: How Salesforce, Oracle and Workday Should Respond.

In this followup piece to the SAP-Qualtrics blockbuster, I offered a few suggestions and observations on how the other major SaaS companies in the Cloud Wars Top 10 should respond. I first offered this broad overview:

So the combination of all that operational data from SAP—the stuff that tells businesspeople “what” happened—with the experience data from Qualtrics that reveals “why” it happened will allow SAP and Qualtrics to interconnect the increasingly complex and fast-changing demand chain (experience data or “X data”) with supply chains that themselves must become smarter, faster and more flexible than ever before.

I believe this will trigger significant changes in how all enterprise-software companies create and position new products and services because business customers will begin to demand truly 360-degree views of what’s going on and what’s over the horizon for their companies. And that will extend beyond customers to also include employees, partners and other stakeholders.

I then offered this thought about Salesforce in particular:

What Salesforce should do: No doubt, Salesforce will tell you that the Qualtrics capabilities are trivial and are no match for the scale at which Salesforce operates, and that Einstein Analytics does everything Qualtrics does and more.

And maybe Salesforce is right—but I don’t think so. Because Salesforce—the undisputed and relentlessly high-performing category king of CRM—has created an industry and the descriptors and metrics and expectations that define that industry.

But what if that industry’s changing? What if business customers now want their software vendors to be able to tell them not just *what* customers are doing, but why they’re doing that? Can Salesforce deliver that?

During his company’s quarterly earnings call, Salesforce co-CEO Marc Benioff hammered home the company’s new focus on its “Customer 360” platform. In particular, he emphasized how it would bring in multiple perspectives unavailable to businesses in the past. That is precisely the type of approach that McDermott had advocated and promised 15 months earlier when he announced SAP’s new CRM + ERP strategy. And McDermott made those same points even more aggressively in March at the big Qualtrics customer event.

During Salesforce’s earnings call a few months ago in early June, Benioff emphatically stated that “we’ve pivoted our entire company into something we call Customer 360.” He offered this overarching view:

We have a powerful vision for the future with our intelligent Customer 360, which gives our B2B and our B2C customers unified 360-degree views of their customers across every touch point: from sales to service to marketing to commerce to community and more,” Benioff said near the beginning of his opening remarks on the earnings call.

As the earnings call moved from prepared remarks to Q&A, Benioff took the opportunity in answering the first question to come back to the Customer 360 strategy and elaborate on it extensively.

August 26, 2019: Salesforce vs. SAP: Who Will Lead the Customer-Experience Revolution?

Pinpointing the collision course SAP and Salesforce are on over leadership in the “new” CRM category, I described in this piece how Benioff openly and aggressively embraced the “customer experience” dynamic that SAP had brought to the surface 18 months earlier.

Benioff asserted that every type of business needs to make customer experience a top priority. “They need to personalize every customer experience,” he said. “They need to predict customer behavior, anticipate customer needs, build modern mobile apps quickly, and deliver the right services at the right time on any device. Well, that’s our Customer 360: our vision for how to bring companies and their customers together.”

The first-mover advantage on customer experience that SAP seized last year will remain an advantage only if it continues to aggressively and relentlessly set the agenda for creating significant and unique value for business customers. Otherwise, Salesforce will grind away any lead built up by SAP. And under Benioff’s passionate drive, Salesforce won’t take much time to do so.

Note the very precise showcasing of “Operations” in that headline. I’m sure somewhere along the line Salesforce has talked about “operations”—but it surely hasn’t been one of its core themes. This new approach is designed to help push Salesforce away from its hugely successful but limited CRM foundation and into new areas. Worth noting that its recent “employee experience” initiative is expected to do the same. (For more on that, please see Attention Workday, SAP and Oracle: Is Salesforce Jumping into HCM?)

And to me, it says that just as McDermott bullishly proclaimed 18 months ago that “We want CRM!”, so too is Marc Benioff now proclaiming that Salesforce has every intention of getting into the business of operations, planning, manufacturing and more.

What it also means is that while the old categories of ERP, HCM and CRM were fine for the world of traditional business, they are simply unsuited and mismatched for the new world of customer-centric digital business.

And I would expect that the SAP-Salesforce slugfest is only just beginning.

(Disclosure: at the time of this writing, SAP was a client of Cloud Wars Media LLC.)