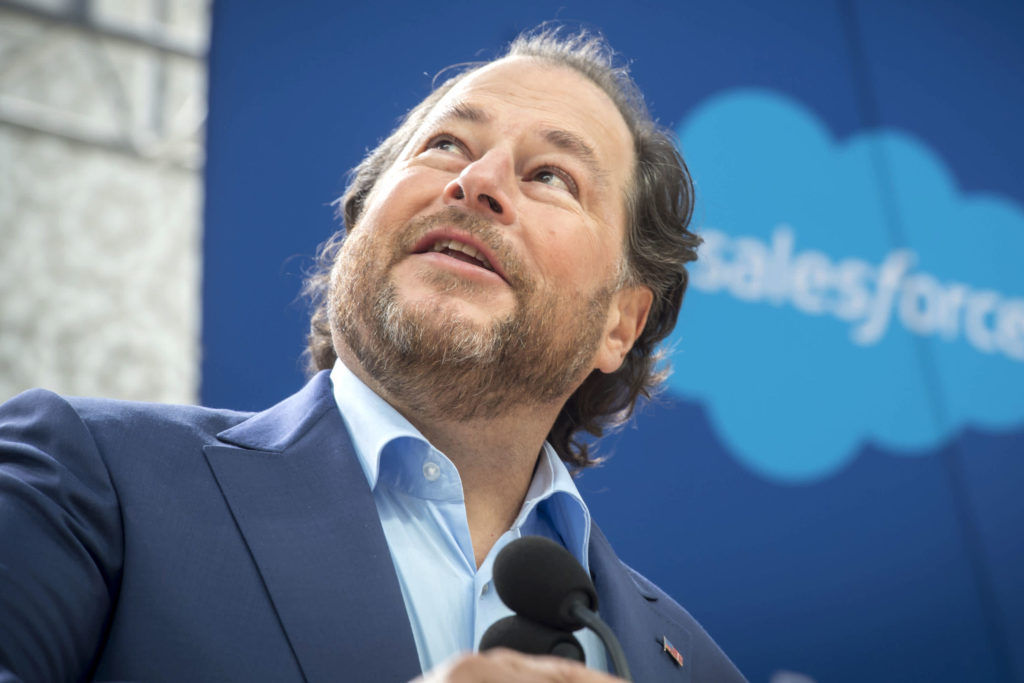 As Salesforce battles intensifying competition on one side and the Law of Big Numbers on the other, can Marc Benioff push his company’s growth rate back above 20% when fiscal-Q4 earnings come out on February 25?

On my weekly Cloud Wars Top 10 rankings, Salesforce was the longtime holder of the #3 spot but earlier this year fell to #4 as Google Cloud leapfrogged it.

While every company has its cycles, the trend in Salesforce’s quarterly revenue-growth rates took a troubling turn last quarter, falling to 19%.

Now, while most CEOs would trade serious parts of their anatomy to be able to report 19% growth on quarterly revenue of $5.42 billion, that 19% figure simply did not live up to the lofty standards Benioff and Salesforce have established.

Take a look at Salesforce’s quarterly growth rates (in constant currency) for the past 8 quarters:

As the kids’ riddle goes, which one of these is not like the other?

Overall, Salesforce in many respects has never been in a stronger position as its Customer 360 “single instance of truth” strategy coincided with the massive shift to digital transformation and was accelerated by the onset of the pandemic.

And when COVID hit, Benioff and company responded rapidly with a new suite of tools, called Work.com, to help companies prepare to return to work safely.

Plus, for all of the efforts by both large and small competitors—primarily SAP and Oracle but also Microsoft and others—to cut into Salesforce’s huge market share, for each of the past couple of years, Salesforce’s CRM market share has been as large as those others combined.

I’m predicting that Benioff and team will reverse the sharp downward trend in growth rate reported last quarter. And while it’s unlikely they can get back to the heady days of 30%+ growth with a quarterly revenue base approaching $6 billion, I’m expecting Salesforce to post revenue growth in the range of 22% to 24% when Q4 results are released on Feb. 25.

Disclosure: Salesforce is not a client of Cloud Wars Media LLC or Evans Strategic Communications LLC.