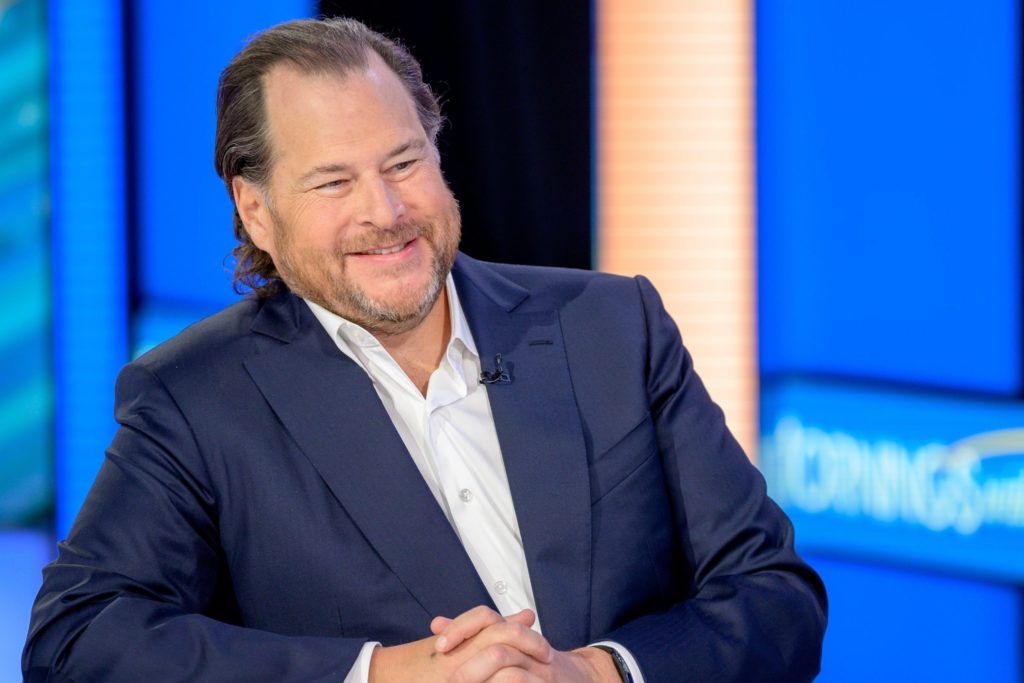 The scary thing about Salesforce and its record-busting fiscal Q4 is that the company’s growth rate is accelerating. as the company is about to hit a $20-billion annualized run rate.

Yes, acquisitions have played some part in that—but not that much of a role.

The inescapable fact is that over the past five quarters, the company’s rate of growth has risen significantly even as its quarterly revenue has come tantalizingly close to $5 billion. Take a look (and remember that Salesforce’s fiscal quarter ends Jan. 31):

Looking at the 26% growth rate from Q4 a year ago, it’s clearly not a matter of seasonality. And as I mentioned, the additive effect of acquiring Tableau has had an impact.

But neither Tableau (acquired in August 2019) nor MuleSoft (acquired in May 2018) brought giant revenue numbers into Salesforce. But since joining Salesforce, both companies have become high-growth properties for Marc Benioff.

Looking at those quarterly results listed above, plus Salesforce’s recent decision to raise its guidance for its current fiscal 2021 year, it’s pretty obvious that the company will almost certainly crack through the $5-billion quarterly revenue mark in its fiscal Q2, which will end April 30.

It would be unreasonable to expect that when that quarter ends, we’ll see a continuation of that rising growth-rate trends for Salesforce: 22% three quarters ago, 33% two quarters ago, and 35% last quarter.

Then again, when did Marc Benioff ever follow “reasonable” expectations?