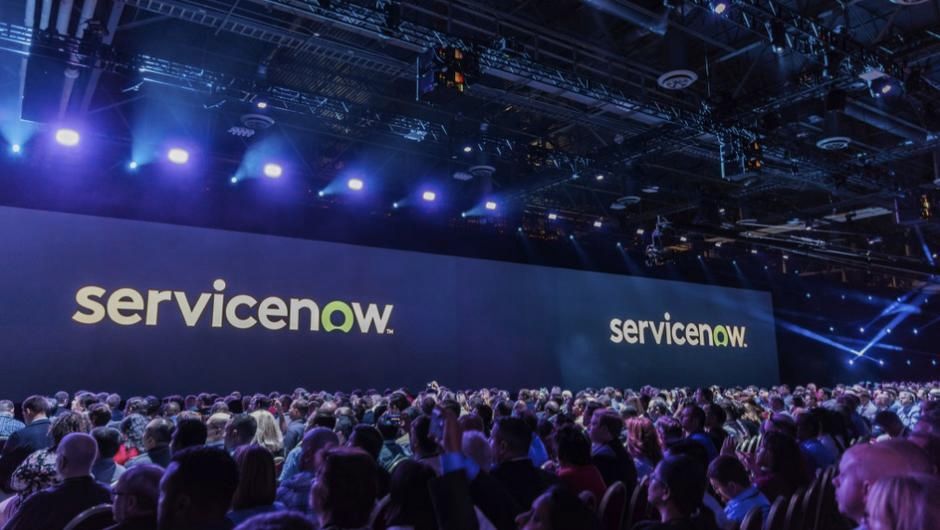 With the imminent arrival of outgoing SAP CEO Bill McDermott and his revelation of plans to triple its revenue, ServiceNow has climbed to the #9 spot on the Cloud Wars Top 10 ranking of the world’s most-influential cloud vendors.

Accenture slips from #9 to #10 in the wake of ServiceNow’s ascent, which has been triggered by the jarring news that McDermott, after a decade of wide-ranging success at SAP, will take over as ServiceNow’s CEO on Jan. 1.

(Please check out our complete Cloud Wars Top 10 page. We update it regularly with extensive details and latest news for each of the world’s top cloud vendors.)

Without being able to offer extensive details—after all, he’s still technically with SAP through the end of the year—McDermott offered some compelling perspectives on his plans for ServiceNow during the company’s quarterly earnings call last week. (Lots of turnover recently among CEOs in the Cloud Wars—I analyze that in As SAP, Oracle and ServiceNow Lose Leaders, Who Wins CEO Shuffle?.)

Based on the extensive commentary from McDermott on that earnings call, I offered a fairly deep look at those plans in a post called Life After SAP: Bill McDermott’s 10-Point Plan to Triple ServiceNow’s Revenue.

In a nutshell, McDermott believes ServiceNow can triple its revenue to $10 billion. And it can do so by leveraging a few key opportunities. Namely:

McDermott emphasized that with the exception of some surgical tuck-ins, M&A would not be a factor in driving ServiceNow to new levels of growth and impact in this fast-growing market.

“I believe ServiceNow is in the privileged position of being a ‘platform of platforms’,” McDermott said on the call. He continued:

When you look at the business processes and the workflow that goes on in enterprises today, everybody has this deep need to get the data aggregated in a workflow that creates simplicity for the users. And the more we can reinvent business processes in the image of the actual users themselves, the more we can become the defining ‘platform of the platforms’ for the modern enterprise.

Accenture, which moved into the Cloud Wars Top 10 about a year ago, no longer breaks out its cloud revenue. Rather, it lumps cloud in with a handful of new initiatives.

What pushed Accenture up to the #9 spot was its annual cloud revenue of $8 billion and a growth rate of about 20% or more. But since then, it has become more difficult to gauge how well its cloud business is doing, and whether its fast-moving cloud-vendor partners have perhaps urged Accenture to position itself more as a supportive enabler rather than as a front-line cloud vendor.

But at least for the time being, Accenture’s at #10. We’ll see if it can hold that spot as the booming demand for cloud services and technologies pushes companies like Adobe more into the enterprise-cloud arena.

Disclosure: at the time of this writing, Google, IBM and Workday were clients of Evans Strategic Communications LLC and/or Cloud Wars Media LLC.