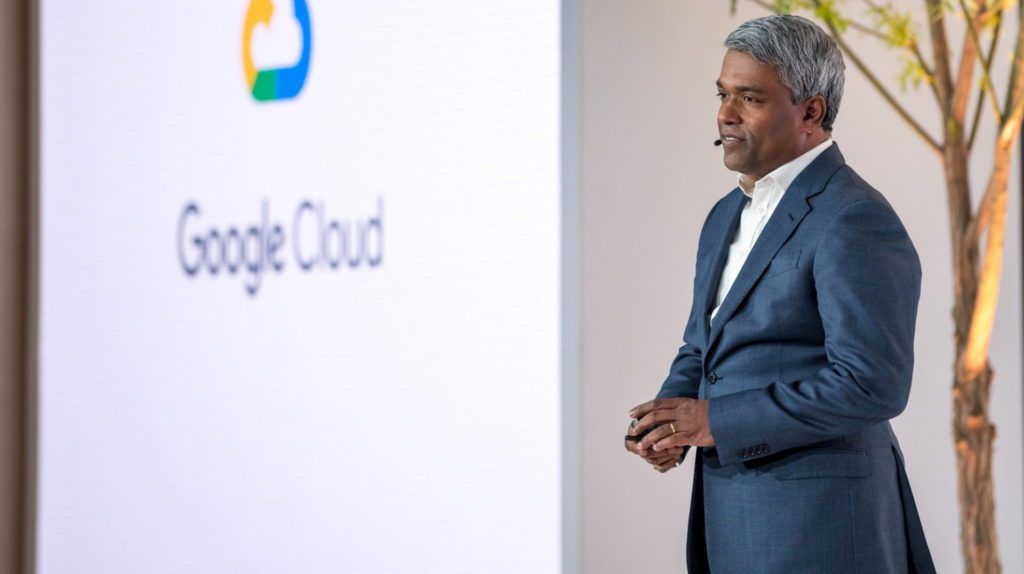 Based on a revenue backlog of about $40 billion, Google Cloud is “very confident” that it is “increasing market share relative to” Microsoft and Amazon in the intensely competitive Cloud Wars, CEO Thomas Kurian said last week.

Echoing a forward-looking comment made during his second month on the job in February 2019, Kurian contrasted the huge cloud revenue volumes that Microsoft and Amazon’s AWS have built up over the past 10-12 years with the superior growth rates and impressive backlog that Google Cloud has amassed in the past 2 years.

“If you look at our backlog growth relative to some of the other players and their public numbers, we are much closer [to them] than we would be based on the share of revenue that we have. Our win rate in the last two years has been materially different than the win rate over the prior 10 years when we were not fully in the market.

“So I would say that we are very confident based on our track record, not just based on statements that we make,” he said.

Want to see Microsoft and Google Cloud go head to head? Join us at Cloud Wars Expo June 28-29-30 in San Francisco for a 3-day celebration of innovation, opportunity, and growth acceleration. Microsoft and Google Cloud will be participating in our one-of-a-kind Industry Cloud Battleground Live program, in which those two companies as well as Oracle, SAP, Workday, and IBM answer 5 customer-centric questions about their purpose-built solutions so that attendees can gauge which company’s the best choice. It will be a show like no other—please join us!

As I’ve pointed out here on multiple occasions over the past 15 months since Google Cloud parent Alphabet first began releasing financial details for its cloud unit, two things are simultaneously and undeniably true about the competitive dynamics of the three biggest cloud providers:

In that context, it is Kurian’s contention that the first comparison is the more relevant and telling one because it reflects current reality, whereas—in his view—the accumulated quarterly revenue figures reflect the impact of ongoing deals made years ago.

To bolster his position, Kurian showed this slide during the analyst briefing, which your humble correspondent attended:

I have a few thoughts on the numbers shown in this slide:

Back in February 2019, in Kurian’s second month on the job, he spoke at a Goldman Sachs investors conference and analyst Heather Bellini asked him the very same question that last week yielded the response that I’ve highlighted above. Back then, Kurian said he had no control over what had already happened, but that he and Google Cloud would focus instead on the future needs and expectations of customers rather than on the past achievements of other cloud providers.

It was a great reply, and Kurian wrapped it up by saying, “What customers want from the cloud today and into the future is very different from what they wanted 2 or 3 or more years ago. And we’re going to focus on those future needs.”

To that end, he cited 3 factors that underpin the confidence he and his company have in their ability to continue to win share:

All in all, this is unmistakably great news for the hundreds of thousands of businesses across the globe surging into the cloud because the fierce competition among Microsoft and AWS, and Google Cloud will drive incredible innovation and value for those customers and prospects.

You gotta love the Cloud Wars!