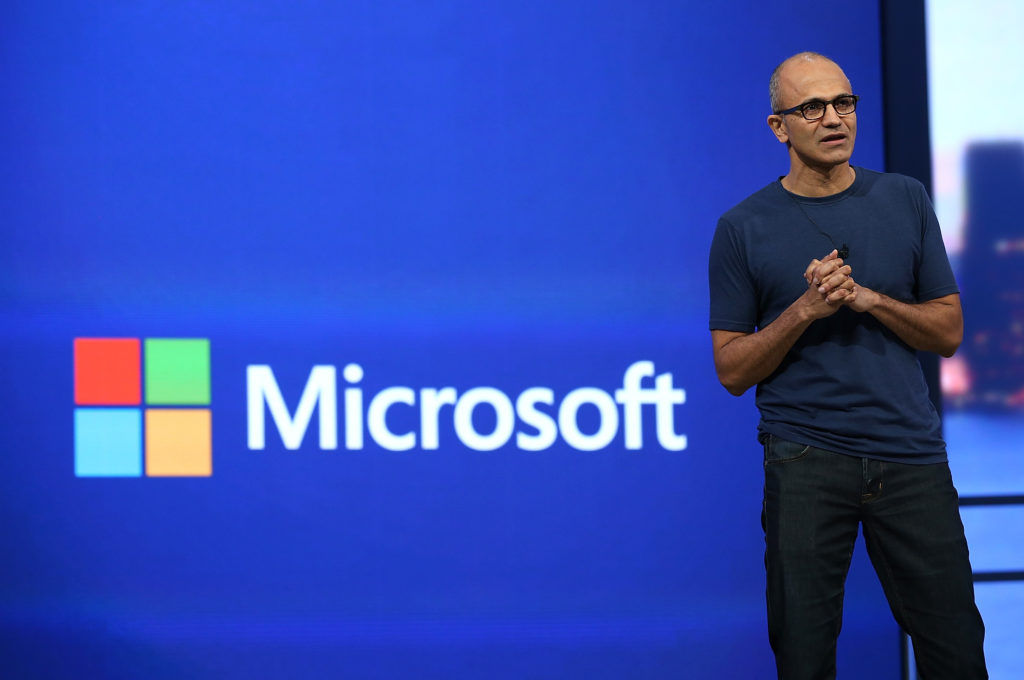 Satya Nadella delivered an unmistakably more-aggressive outlook in last week’s earnings call as he touted Microsoft’s superiority over all of its competitors in technology prowess, product breadth, commitment to customers, and investment savvy.

True, Nadella did not mention either Amazon or Google by name. But never before has he used an earnings call to be so bullish on his company’s differentiated capabilities and end-to-end competitive superiority.

On top of that, Nadella hammered home that the market is just emerging from its infancy and only beginning to reveal the massive potential of a global economy that’s become wholly committed to digital business.

Microsoft in a class of its own

Under Nadella, Microsoft’s ability and willingness to exploit that enormous potential have been striking. For its fiscal first quarter ended Sept. 30, the cloud accounted for 35% of its $33.1 billion in revenue. You can read all about that in Why #1 Microsoft Is Top Cloud Vendor: Cloud Now Drives 35% of Revenue.

With $11.6 billion in quarterly cloud revenue, the Microsoft commercial cloud all by itself would be one of the world’s largest enterprise-tech companies. For Microsoft’s full fiscal year ending June 30, 2020, I’m projecting that its cloud business will generate more than $50 billion in revenue.

With those accomplishments well in hand, Nadella’s starting to bullishly proclaim that Microsoft’s in a class of its own in the cloud. Because his company is doing things—a lot of things—that no other tech firm can match.

Nadella is also making it clear that Microsoft hasn’t begun to reach its full potential.

Let’s take a look at several of his verbatim comments from the earnings call.

How Microsoft frames its product lineup:

Can anybody else match that? If so, do they position themselves that way?

Three ways Microsoft separates itself from its competitors:

“First, each of these areas represents secular, long-term growth opportunities; second, we’re delivering best-in-class innovation and openness in each layer; and third, we offer unparalleled integration and architectural coherence across the entire stack to meet the real-world needs of our customers.”

The proof of those claims is in the strength of the revenue numbers.

Pushing AI from the lab into the business mainstream for customers:

“The quintessential characteristic of every application going forward will be AI and we have the most comprehensive portfolio of AI tools, infrastructure and services. Azure AI now has more than 20,000 customers, and more than 85% of the Fortune 100 companies are using Azure AI in the last 12 months.”

“The rise of digital IP creation in every organization means developers will increasingly drive and influence every business process and function. GitHub is where they go to learn, share and collaborate. GitHub has grown to more than 40 million developers, up more than 30% since our acquisition a year ago. More than 2 million organizations use GitHub, including the majority of the Fortune 50.”

Every tech vendor’s looking to boost its developer community. Via GitHub, Microsoft’s connected to 40 million developers.

“PowerApps helps domain experts, those closest to the business problem, to design, build and publish custom apps rapidly. And 84% of the Fortune 500 have already created Power applications.”

Again, Microsoft is revealing its vast and deep penetration within the world’s largest corporations.

The party’s just getting started:

“We’re investing aggressively in large markets with significant growth potential, and it’s still early days.” Nobody in the market right now can match Microsoft’s position to enjoy that party to the fullest.

No softness in the companywide performance, per CFO Amy Hood:

“Whether it’s in the absolute size and number of the Azure commitments that we’re seeing, the consistency we’re seeing in the consumption growth rates of Azure, the commitments we’re seeing to Microsoft 365, some of the signs we’re seeing across Dynamics, the Power Platform, the workflow cloud that Satya referred to and LinkedIn, it’s a good bookings quarter and a good execution quarter on overall contracting value. Renewals were good, recapture rates were good, and new business was good.”

And if Google or Amazon want to catch them, they’d better move fast—after all, Microsoft’s just getting started.