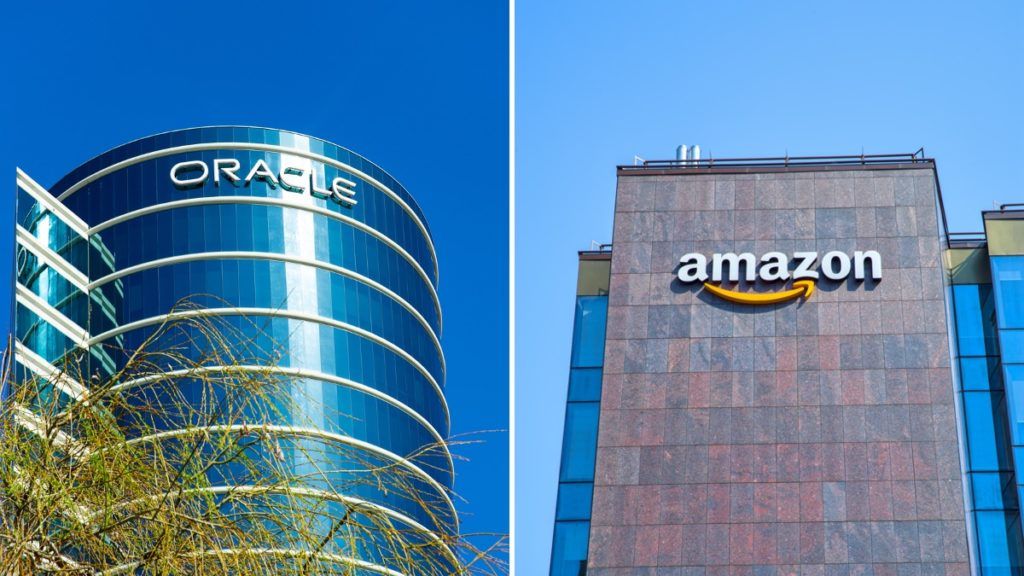 Giving an entirely new meaning to the term “collaboration,” Oracle has become a paying customer of Amazon Web Services as part of Larry Ellison’s strategy to make Oracle’s databases available on as many cloud platforms as possible.

Ellison opened his remarks on this week’s earnings call by describing the availability of Oracle’s MySQL HeatWave database on AWS and emphasized repeatedly the imperative of customer choice.

Declaring that “the multi-cloud era has begun,” Ellison said, “Our job is to give our customers the ability to choose application and infrastructure technology from multiple cloud providers, and then have those different clouds coexist and interoperate. Multi-cloud interoperability is an important step in the evolution of cloud computing.”

Of course, that’s not a philanthropic move by Oracle — rather, it’s grounded in the new realities of customer requirements and expectations as they pick and choose the cloud services, whether apps or infrastructure, that best suit their business needs.

Because of Oracle’s willingness to do — within reason — whatever it takes to give customers unfettered choices in deploying the cloud services of their choices on the cloud infrastructures of their choices, Oracle’s growth potential is big and getting bigger, Ellison said.

“Multi-cloud interoperability is one of the reasons our infrastructure business is booming, growing over 50% in U.S. dollars and almost 60% in constant dollars. We expect Oracle’s total cloud business to exceed a $20 billion annual run rate next year.”

But in the category of hell freezing over, who would have thought that Ellison’s advocacy for near-limitless multi-cloud interoperability would extend to paying money to archrival AWS for the privilege?

In a briefing last week, before the announcement of Oracle’s MySQL HeatWave on AWS, I asked the executive leading the development for MySQL HeatWave, Vice President Nipun Agarwal, if this arrangement would in fact make Oracle a paying customer of AWS.

Confirming that it does exactly that, Agarwal said that all billing for MySQL HeatWave on AWS is done through Oracle, then Oracle pays AWS for the related usage of its infrastructure.

As they used to say in Brooklyn, who woulda thunk it: Oracle giving money to AWS?

Well, it turns out that Larry Ellison thunked it and agreed to go forward with the plan because the potential benefits to Oracle outweigh any short-term financial costs or wounds to the pride of a company that has had nothing but criticism for AWS for the past few years.

And that’s because, as Ellison explained, the bigger battle — or perhaps the bigger opportunity — is to preserve, protect, and expand the sales of Oracle’s database here in the “multi-cloud era.”

“I know a lot of people for years have been concerned about whether Oracle can sustain its leading market share in the database business,” Ellison said on the earnings call.

That’s a rather remarkable admission for Ellison to make, as it is loaded with a level of vulnerability that Ellison rarely expresses. But it also shows his willingness to adapt to the times and to play aggressively into the multi-cloud trend.

He made that quite clear as he continued: “So, we decided to make our best and greatest technology available in multiple clouds, and that gives customers choice. They can use it in OCI, they can use MySQL HeatWave at AWS.”

Ellison then made it clear that the choices he’s about, that he’s equally interested in, go beyond which infrastructure a customer is using and extend into databases, which is a classic Ellison move of restaging the battle on his chosen field.

“Customers have choices but they’ll also be able to choose between, let’s say, Amazon’s Aurora or Oracle’s MySQL HeatWave. They’ll be able to choose between Snowflake or the Oracle Autonomous Database. I think as long as we’re available in multiple clouds, we’re going to be very strong and very, very competitive against these other companies and these other technologies.”

That’s the real choice Ellison wants to put in front of customers and he’s willing to go so far as to pay AWS to get the chance to be considered in as many scenarios as possible.

Call me crazy, but I think Sun Tzu would love the Cloud Wars!