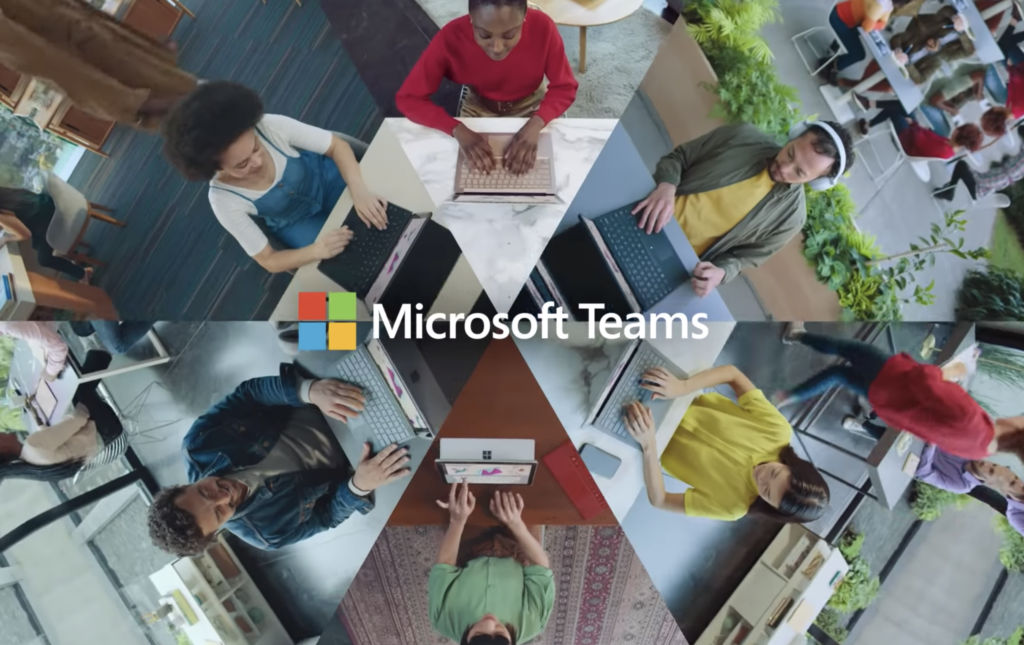 Eager to capitalize on the “phenomenal” adoption of its Teams collaboration suite, Microsoft has kicked off an aggressive TV-advertising campaign for Teams to overcome low awareness for both the category and the suite itself.

In the context of the Cloud Wars, this is a powerful move. Teams and Office 365 Commercial have become high-volume on-ramps for Azure and other high-end Microsoft cloud services.

“Teams has been truly, truly phenomenal in how it’s taken off for us,” said Jared Spataro, Microsoft corporate VP, marketing, for Microsoft 365, which includes Office.

“This Thing is On Fire”

Speaking at the recent Goldman Sachs investors conference, Spataro offered both an outside and an inside perspective on Teams’ unprecedented success. Teams has been called the fastest-growing product in Microsoft’s history; Spataro said “this thing is on fire.”

All that heat has inspired Microsoft to keep pouring on the gasoline, from hiring “a lot more” customer-success managers to launching the TV-ad campaign.

“On the external side, what we see is companies desperately want to find in many ways a very symbolic and clear way to change how they’re working together, and Teams allows them to do that,” he said.

“Internally, as we started to realize that there was a lot of demand and that we had a good product/market fit—because you’re always looking for like what’s catching fire—and we realized, wow, this thing is on fire. So of course, we mobilized our resources to go and help customers to adopt.

“We hired a lot more of these customer-success managers, and that was a really important set of investments we made. And we’ve certainly worked really hard to do integration between Teams and the rest of kind of the productivity elements that people use of the suite.”

“Let’s Double Down and Really Go After It”

Spataro then cited the growth-oriented philosophy of CEO Satya Nadella in explaining the motivation for ensuring that the fire under Teams stays red hot.

“Under Satya, one of the things I love about working with him is he is very focused on ‘hey, when you find an opportunity, let’s double down and let’s really go after it.’ And Teams certainly popped up as one of those 12 to 18 months ago.”

Spataro then offered the counterintuitive observation that while Teams has grown more rapidly than any other product in Microsoft’s storied history, it and its category are not well-known and need to be made much more visible.

“So as we think about kind of broad air cover, we’re investing in resources to do advertising, something we don’t typically do for an app when we start to do that. We kicked that off in the NFL prior to the Super Bowl, we’ll continue to do that here in the US and we’ll expand out to other markets.

“That’s important because what we find is this category still is just under-known. And we need to find a way to make sure people understand what it is and what we can do.”

Nadella often talks about Microsoft’s ability to address the entire “digital estate” of its customers. Teams is proving to be a huge and rapidly growing element in that estate.

In the mind of anyone who’s paying even a little attention, there can be no doubt that the Teams phenomenon is one of the factors behind Microsoft hitting a world-best $12.5 billion in enterprise-cloud revenue last quarter.

Yet, for some reason, some folks still think SaaS suites like Office 365 Commercial and Teams aren’t “real cloud.”

The 20 million people out there who use Teams every day who would beg to differ.