Want to Access the Metaverse? Meta Is Developing the Hardware. 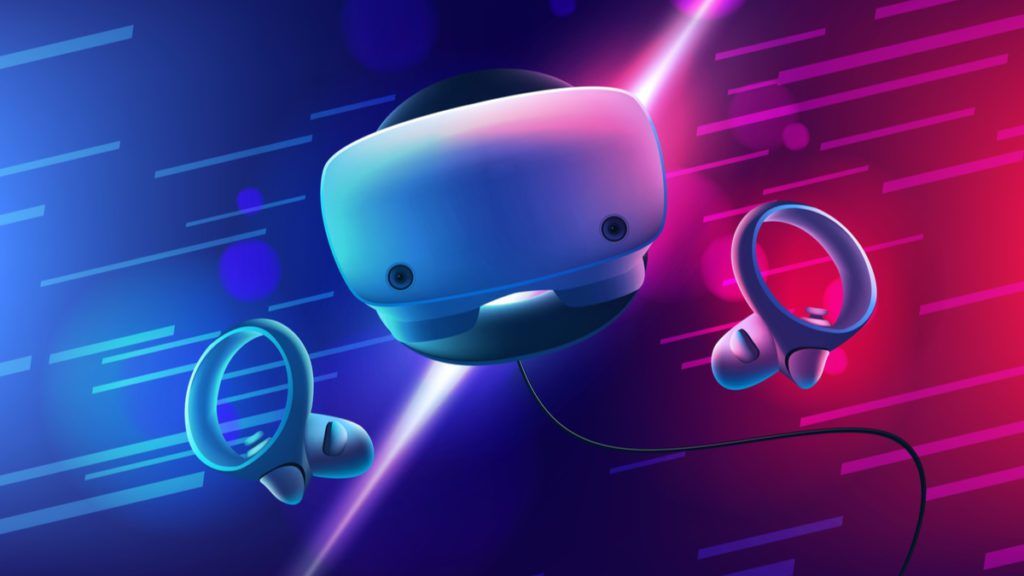 Whether or not you entertain the idea of Mark Zuckerberg and his company controlling the Metaverse, it’s hard to deny that they are providing a lot of the hardware to access it.

Already in 2014, the company acquired Oculus for $2 billion, expanding into immersive experiences long before the rest of the world. The VR headset maker is known for models such as the Rift, Go, Quest, and Quest 2. The Quest 2 in particular has had tremendous success since launching on the market.

In an interview with Bloomberg, Andrew Bosworth (the VP of Meta’s AR/VR division) stated that the model outsold all of its other Oculus predecessors combined within only six months, including the Quest, Go, Rift, and Rift S. Rumors even surfaced that Oculus sold more units than Xbox did consoles.

For mainstream, non-gaming users who don’t want the hassle of connecting their headsets to a powerful computer, the Quest 2 is simply the best choice considering its competitive $350 price point. Of course, it was brought to market by a company with years of experience creating headsets that competitors such as Apple, Microsoft, and Google don’t have.

Oculus and Meta have also been consistent in providing developers with the tools needed to create experiences for their hardware. Their Oculus Platform SDK, which they offer for free, can be used to create fully-functional social applications for any Oculus headset, including features such as matchmaking, DLC, in-app purchases, cloud storage, voice chat, custom items, and achievements.

The fun doesn’t stop there. Meta recently announced its plans to release four new headsets into the market by 2024, notably including Project Cambria, a high-end VR headset geared towards productivity that uses HD color passthrough AR to blend virtual objects and interfaces into the real world. This is meant to be released in late 2022 or 2023 for around $800. The company also has plans to release Project Cambria’s second iteration, Project Funston, by 2024, as well as successors to the Quest 2, codenamed Stinson and Cardiff, in 2023 and 2024, respectively.

Project Cambria will have a processing power similar to that of a low-end laptop, with a larger battery, higher resolution passthrough display, and sensors that track eye movement and facial expressions that can be mapped to the user’s avatar. Zuckerberg says Meta’s motivation for the project came from the overwhelming success of the passthrough feature of the Quest, which was just a grainy black-and-white reconstruction of one’s surroundings intended to keep the user safe when stepping out of the virtual bounds they draw before entering an application.

Alongside Cambria, the company mentioned the release of its Presence Platform, a broad collection of AI applications for scene understanding, spatial anchors, and passthrough that developers can use to create MR experiences. It’s all designed to work in tandem with the Oculus Platform SDK. Together, these two platforms tackle most of the technical challenges that XR developers face, including managing controller interactions, voice recognition, scene understanding, and the anchoring of digital objects to physical locations. Even if Meta isn’t creating an open Metaverse directly, it is providing many of the tools that help open up the space.

Finally, Meta announced Project Nazare, a code name for its true augmented-reality (AR) glasses expected to come in 2024 with revisions in 2026 and 2028. Alongside Project Aria, which aims to “collect data from real-world surroundings so that every location, object, brand, landmark, and other real-world elements have digital data and metadata associated with them,” according to XR Today, the Project Nazare glasses will represent the first generation of true consumer AR glasses from Meta that fuse digital objects directly into your view of the real world.

Zuckerberg’s keynote at the Connect 2021 conference hinted that Meta will have a wide FOV at around 200-220 degrees, a socially-acceptable form factor, a projected display, and components such as cameras, speakers, radios, and sensors.

Of course, Meta has many competitors. Every big tech company knows that the market potential of XR is huge. But with over a decade of experience in developing Metaverse hardware and software, the social media giant has a significant advantage over Apple, Google, Microsoft, and others. It remains to be seen which of these companies will be made and which will be broken as the Internet expands into three dimensions.

Just because Meta is providing the hardware does not mean that it will remain relevant in the Metaverse. IBM, for example, had the technical capabilities of producing home computers, backed by years of experience with mainframes, but was still eventually dominated by newcomers like Apple.