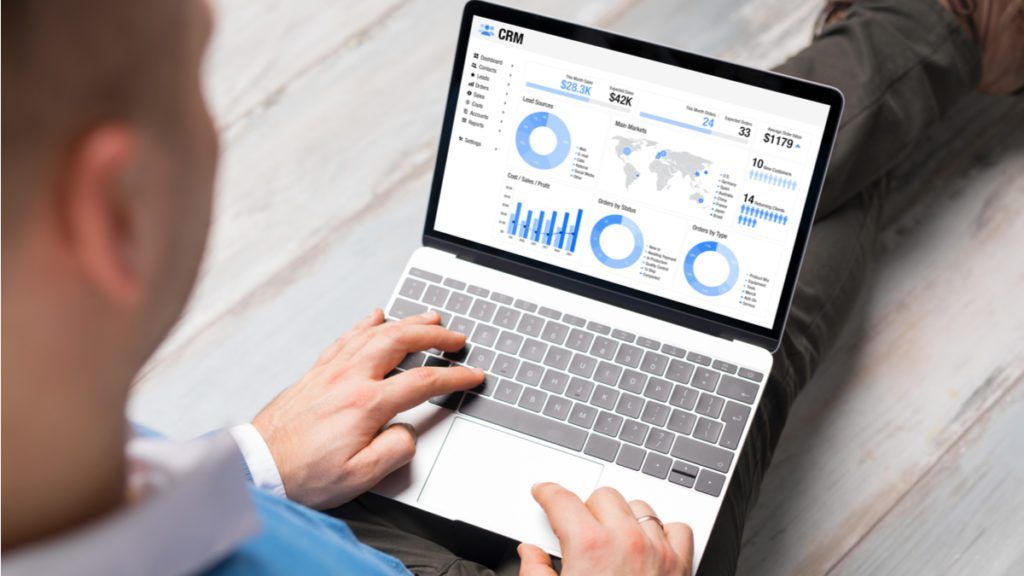 As major application providers compete savagely to win new customers and retain existing ones, Salesforce is keeping a growing number of customers in the fold. This is primarily due to surging numbers of multi-cloud deals and industry-cloud deals.

Speaking at Bank of America’s tech-investors conference earlier this week, Salesforce CFO Amy Weaver was asked to explain why the company’s renewal rates have risen over the past several years from 88% to the current level of 93%. The subject is of particular relevance to Weaver, who has made renewals a top priority for her and her team.

While it’s not exactly Earth-shaking that a company wants to retain the customers it’s worked so diligently to gain, I would again underscore that the level of competitive intensity in this business is extremely high because the revenue numbers are, in many cases, so big. Further, the potential to have a shot at “customers for life” is so intoxicating.

From Top Lawyer to CFO of Salesforce

On top of that, Weaver has proven herself to be an extraordinary next-gen CFO whose influence and impact go far beyond the accounting and finance departments. In less than two years as CFO, she has earned effusive praise from co-CEO Marc Benioff for her groundbreaking work in restructuring how the company operates, how it sets budgets, and how it pulls off the daunting task of delivering not only remarkable growth at scale — in its most recent quarter, Salesforce revenue jumped 24% to $7.41 billion — but also higher margins along the way. (For more on those Q1 results, please see my recent analysis called Salesforce Q1 Results: the Real News, the Silly News, and the Sexy News).

All of which is to say that, when Amy Weaver talks, smart business leaders would do well to listen.

“It’s interesting because a few years ago when our customer-attrition numbers were improving quarter after quarter, a lot of people pretty much dismissed that by saying, ‘Oh, you’re just moving up higher in the enterprise and the higher you go and the bigger the customer is, the less likely they are to switch,” said Weaver.

While admitting there’s a grain of truth in that generalization, Weaver also said she’s delighted to see that Salesforce’s customer-attrition numbers “are actually coming down for customers of all sizes, which I think is a great sign.”

And, she was asked, just how is Salesforce keeping almost all of its customers so happy that they’re eager to re-up at the same or even higher levels of spending?

Referring to big-time deals in which customers buy a range of cloud services from Salesforce, Weaver said that on the company’s recent fiscal-Q1 earnings call, CRO Gavin Patterson “talked about this a lot on our call, the fact that we’re seeing more and more customers with five or six or even seven of our clouds.

“And the more of our clouds that a customer has, the less likely they are” to switch to a competing vendor in spite of the immense and intense inducements being offered by powerful and persuasive competitors.

Industry Clouds Are “By Far Our Stickiest Areas”

Weaver then pointed to Salesforce’s booming industries business and described how the deep immersion into new mission-critical business processes that those solutions generate with customers makes them extremely hard to displace.

“For a long time, we’ve talked about our focus on different industries and that means we go into an industry — let’s say financial services — and develop products that customers can use in a very tailored way that’s specific to that industry so they can really get that time to value quickly,” Weaver said.

She then offered a metaphor that I think brilliantly captures the power and potential of industry clouds. Referring to the Salesforce co-CEO who is not Marc Benioff, Weaver said, “Bret Taylor likes to describe this as our way of helping our customers start on third base.”

And if that means getting from third base to home is easier and faster, then ask yourself: Why the hell would a customer want to drop such a product?

“We’ve developed solutions for 12 different industries that we focus on, and these are by far our stickiest products,” Weaver said before catching herself.

“Well I guess I shouldn’t say ‘our stickiest,’ so instead let me say ‘one of our stickiest’ areas. People see that time to value, and they see immediately the value they’re getting, so our industry’s products have very, very low attrition.”

Expanding on the virtues of industry clouds, Weaver reiterated a detail she shared on the May 31 earnings call.

“This quarter, we looked at our top 10 deals across the whole company, and seven out of those 10 had at least one industry product in the deal, which is a great number,” Weaver said.

“And those seven deals represent five different industries so it’s not just one vertical where that’s happening.”