The Metaverse Beyond Gaming: Roblox Welcomes Spotify Island to the Virtual World 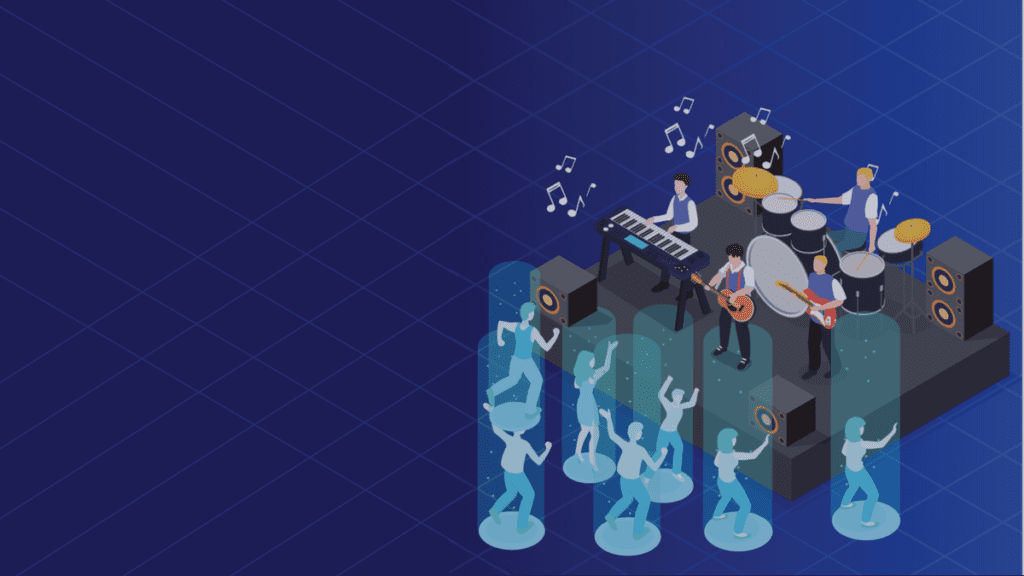 Spotify says its vision is to empower Roblox players to become creators themselves by featuring gamified music production stations and other interactive elements. “We’re flipping the script and empowering players to be the creators and truly feel like they’re the artist performing,” said Abby Stewart, the director of Business Development at Spotify.

As my Acceleration Economy colleague, Kieron pointed out in an episode of My Metaverse Minute, the collaboration to create Spotify Island is strategic in several ways.

Engaging with Artists on Spotify Island

First, it allows users to engage more deeply with their favorite artists by providing an interactive experience that they can also have with their friends. Not only does this give more value to the user, but it also provides the artists with an additional channel to reach their audience.

Spotify said they saw the potential to reach a younger generation of music fans through their presence on Roblox. The company cited a Deloitte survey that showed more than 80% of adults in the U.S. play games, and Gen Z gamers were spending between 11 and 13 hours per week with their favorite titles. Presence on such platforms is especially critical for brands and artists catering to younger audiences, who will continue to use video games as a means to have fun, shop, and socialize.

Spotify Island is also likely to be a reaction to the overwhelming success of virtual concerts hosted in Roblox as well as its proto-Metaverse competitor, Fortnite.

A prominent example of this is Travis Scott’s 2020 concert in Fortnite, which reportedly grossed $20 million. This is a significant increase from the typical $600,000 to $1.2 million the artist would gross per live concert in his 2019 Astroworld tour.

The biggest physical venue he attended during that tour held 17,000 fans, yet the virtual concert in Fortnite had roughly 12.9 million. With this success in mind, Spotify Island is likely intended to streamline the process of hosting virtual concerts in the future, opening up the virtual stage for smaller musicians.

As a side note, I’m also curious to see if other streaming platforms, such as Netflix, which had a tough last quarter with negative subscriber growth, will make a similar move to integrate their content into immersive environments. Soon, other artists and creators will join musicians in showcasing their work in the Metaverse, from podcasters to stand-up comedians, as Spotify does both, and these content types may be integrated into Spotify Island.

All of these occurrences indicate that music is intended to be the gaming industry’s major on-ramp to the Metaverse. It is, in part, a proof-of-concept that platforms like Fortnite or Roblox, which began solely as video games, are now more versatile virtual spaces to be used for a variety of activities, which many claim is the defining feature of the Metaverse. It’s clear that the Roblox Corporation and Epic Games, the company behind Fortnite, want to expand the world’s perception of their platforms beyond exclusively video games.

These past examples of success also emphasize the value of engaging users across platforms. Brands, both corporate and individual, benefit just as much as users from connecting in multiple locations, in multiple ways, and with seamless integration. Interactive 3D experiences are proving to be the next disruptive channel of communication between brand and audience just like social media was in the 2010s.

The key difference in this new channel, the Metaverse, is that pure broadcasting will bring you no success. Users want to engage, interact, and experience a brand rather than have it pushed to their face. Something to think about.