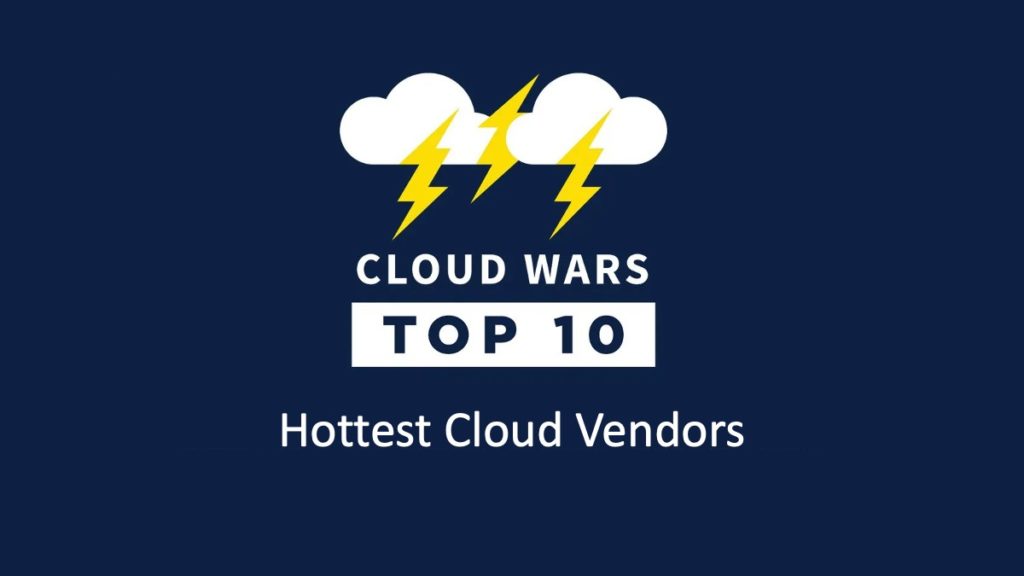 With businesses across every industry investing heavily in cloud technology, the enterprise-cloud market continues to be largely immune from the global economic slowdown with the five fastest-growing vendors posting quarterly revenue gains ranging from 45% to 29%.

It’s important to view these numbers from two perspectives:

I also want to quickly acknowledge that the companies in the Cloud Wars Top 10 come in all shapes and sizes and that in most cases, the highest growth rates are being posted by the cloud vendors with revenues on the smaller end of the spectrum.

With that in mind, however, I do find it amusing — laughable? — to hear some folks say that a growth rate of 45% (hello, Oracle) is unimpressive or even trivial because, after all, that multiplier was built on a base of “only” about $2.5 billion.

Only in the greatest growth market the world has ever known would some people conjure up the notion that 45% growth on $2.5 billion in revenue is petty, run-of-the-mill, or simply no big deal.

That observation aside, I nevertheless fully and eagerly acknowledge that size matters, and so as I list out the top growth rates below, I’ll also give the quarterly revenue totals for the cloud vendors as well.

Okay, so let’s take a look at how these high-flying world-shapers stack up when ranked by cloud-revenue growth rates.

#10 Snowflake: 83% to $466M (July 31) **While Snowflake’s been extremely disruptive, it’s also much smaller than the other Cloud Wars Top 10 companies. I will include them in regular rankings when Snowflake’s quarterly revenue tops $1 billion.**

Now, for the past several months, the world has been obsessed with concerns over a worldwide recession, the war in Ukraine, rampant inflation, and other mega forces roiling the global economy. At the same time, every company in every industry has had to contend with profoundly challenging workforce issues ranging from desperate efforts to find the right talent to creating a hybrid work strategy that meets the requirements of both employees and the business.

Just to keep things interesting, organizations across the globe and across industries have had to develop new business models, new customer engagement models, new digital-business processes, and more in order to keep up with the demands and requirements of modern customers.

Amid all that turmoil and disruption, the enterprise cloud has become an indispensable engine of innovation, acceleration, growth, and stability. Along the way, cloud-powered IT has also, in the minds of CXOs and boards of directors, transformed from a cost center to be relentlessly ground down to a strategic essential that needs to be aggressively funded rather than aggressively cut down.

If you have any doubts about that, just glance again at those growth rates for the Cloud Wars Top 10 as they range from a high of 45% to a “low” of 22% (with Snowflake’s 83% serving as the icing on top).

No other industry in the world can even approach this level of growth, particularly on an end-to-end scale — ergo, “the greatest growth market the world has ever known.”

One of the reasons I’m so bullish about the future prospects of this business — beyond the fact that customers realize they need modern technology like humans need water — is that each of these 10 companies is constantly experimenting, pushing, innovating, and disrupting. Nobody’s standing pat or hoping to draft off their past momentum.

Quite the opposite, in fact — and I think that means that as vibrant and world-shaping as this business currently is, we are only beginning to glimpse what is possible. Because the Cloud Wars are only getting warmed up.