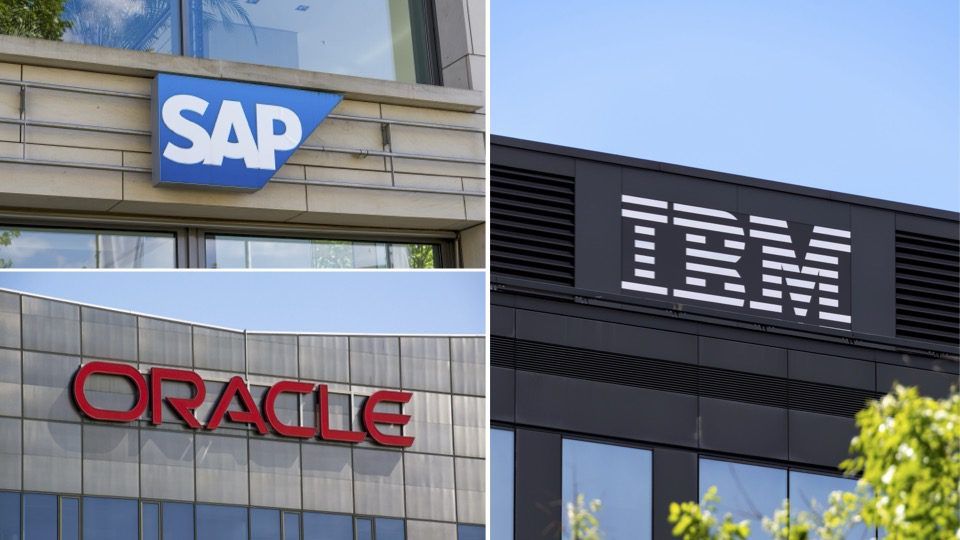 Even within the intensely condensed crucible of the cloud industry, the evolution of industry clouds from limited-market apps out on the fringe to becoming the absolute center of gravity for modern business applications has been stunning.

And just who’s leading the way into this new SaaS paradigm?

Well, bust my britches if it isn’t the “legacy” cohort of Oracle, SAP, IBM, and Microsoft that have been — along with category leader Salesforce — paving the way into the industry-specific future.

Of course, all of the Industry Cloud Top 10 companies are playing a part in creating these next-gen purpose-built solutions to help business customers master the bewildering new array of digital processes, digital models, and data-driven cultures that are essential in the acceleration economy.

In particular, both Google Cloud and Workday have been huge forces behind the rise of industry clouds that can co-exist with and, in some cases, replace traditional enterprise apps that were never intended to be able to meet the demands of digital business.

But to those who, for whatever reason, feel inclined to perpetuate the myth that only those companies born in the cloud can develop and market industry-specific cloud solutions, the emergence of Oracle, SAP, and IBM at the vanguard of this new movement should trigger some open-minded re-evaluations of old ideas that simply don’t align with reality.

It would be easy to chalk up all of Oracle’s massive industry cloud momentum to its recently completed $28-billion acquisition of Cerner. But there’s much more to the story than that, with two primary factors leading the way:

With almost half a century of gaining deep industry insights by supplying applications that run the world’s largest corporations, SAP has an extraordinary opportunity to parlay that into a leading position in the industry cloud sweepstakes. Plus, its RISE “business transformation as a service” has been a huge success and is giving thousands of big customers the impetus they need to make the leap into the cloud. As they do, they’re becoming much more intrigued with the prospect of purpose-built applications specifically created to help those businesses master the new and multiplying intricacies of digital business.

In fact, SAP CEO Christian Klein has said his company intends to create industry clouds for not only individual companies but also for entire industries. In my view, that will come about more rapidly than expected — I think we’ll start seeing it catch fire within the next year.

After reporting that its Q2 cloud revenue jumped 18%, IBM is offering clear evidence that its revamped cloud strategy is catching on with business customers, particularly as IBM has begun to unite two high-value parts of its business that, until recently, seemed to have a hard time working together. IBM Consulting, led by senior VP John Granger, reported that the cloud-revenue portion of its business rose 29% in Q2 as a result of IBM enabling customers to gain the benefit of a unified approach from IBM Consulting (including industry-specific expertise) and from the product/technology side of IBM Cloud.

Plus, earlier this year, IBM senior VP and head of cloud platform Howard Boville described how the IBM Cloud for Financial Services can cut the IT budgets for midsize and large banks by up to 40%, a breakthrough that I referred to as IBM’s Billion-Dollar Breakthrough in an episode of our Cloud Wars Minute daily news show.

I believe these successes will drive IBM to continue making it easier for customers to gain value by working with (a) its great technology and its ability to seamlessly span on-premises and the cloud and (b) its deep industry expertise resident within IBM Consulting, setting the stage for significant growth with industry cloud solutions.

There’s lots and lots of room in the industry cloud pool for many players, and by focusing here on well-seasoned Oracle, SAP, and IBM, I certainly don’t mean to leave any other players out. But the successes and ongoing progress those three companies are making as they leverage their extraordinary powers of incumbency have been a joy to behold because customers desperately need cloud providers that understand industries as well as those three companies do.

Once again, we see why it’s an ideal time to be a business customer in the Cloud Wars!